Sometime in the late summer or early fall of 1926, H. P. Lovecraft wrote his most famous work of horror fiction, The Call of Cthulhu. Cthulhu was an ugly crouching clay idol that the narrator, in the first chapter (“The Horror in Clay”), describes this way: “My somewhat extravagant imagination yielded simultaneous pictures of an octopus, a dragon, and a human caricature…. A pulpy, tentacled head surmounted a grotesque and scaly body with rudimentary wings.” Elsewhere in his fiction, Lovecraft proved to be fascinated by ugly pieces of statuary that he thought symbolized “primitive” cultures. From his pages, Cthulhu made his way out into the popular imagination.

See, for example, what some adventurers found deep in the jungle of the Feerrot, in the fetid cellar of the dread Temple of Cazic Thule on the planet Norrath: 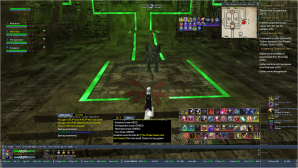 That’s an ugly clay idol, all right, but is it Cthulhu? How about this squid-headed guy? 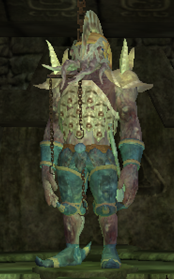 Have you spotted Cthulhu on your planet lately? 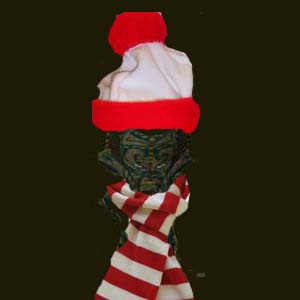